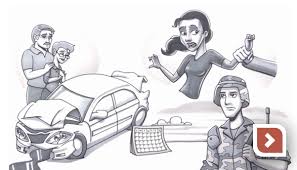 Climbing out of Post Traumatic Stress Disorder is terrifying. Post Traumatic Stress Disorder is a debilitating disease that happens after a traumatic, terrifying event(s) over which you had no control. When I was told that I had a fourth lung cancer late in  2017 my whole being seemed to collapse. There’s nothing more isolating than not being able to feel time, to not feel the space between hours and days.  I couldn’t keep doing this, get another cancer and wind up so depressed and scared of dying that I literally would stop living any type of productive life.

I felt worn out and in a sense I was dying, at least emotionally. Having spent so many years fighting Post Traumatic Stress Disorder and hiding my painful thoughts, I knew that something had to change. I had finally become sick of myself and I counted on this to help myself.

After my last radiation treatments were finished and I was safely home my symptoms of Post Traumatic Stress Disorder seemed to have changed. This time something was different.  It wasn’t like a shattering of glass on the floor but a slight bending, a minuscule loosening of an elastic. My breath was slightly less labored and I could feel my muscles begin to untie themselves, but every so slightly, like a snake when finished with its prey. A slithering. Was that a glimmer of sun, a small slit that I could see?

I was so sick and tired of being lost in the past while time moves forward. My Post Traumatic Stress Disorder was a barrier to any healthy life. I used to love being with people, to dance and laugh and have fun. Where did it go? I began to have wish thoughts. Was this the break-through to hope? Was I beginning to anticipate? Could I still do that? Could I take my past and then find my path away from it? Would I be able to?

It takes about six months to recover from Stereotactic Body Radiation Therapy (SBRT), an intense direct radiation treatment. Fatigue builds up as cells continue to die. I knew this feeling because of my previous SBRT. I posted my experience to my HS private group, but in more detail than all of my previous accounts. The writing flowed out of me like a newly opened beaver dam. And the more I wrote, the grip of PTSD that had held me prisoner for so long, continued. I don’t know if It was me or if someone else suggested I write a blog. I am so glad that they did. Writing about my journey has been uplifting, freeing and a game changer.

It is now almost April of 2019. It’s been two years since my last cancer. Though my story hasn’t ended my horrendous battle with PTSD has simmered to a thick sauce instead of a full pot. My days are still a struggle but the very narrow rim that I had been walking on has grown thicker and I am farther from its edge. Because of my search for answers this last year and a half I have found that sharing my story, reading other stories, and the feedback that I have had, has been soul healing. I am so thankful.

9 thoughts on “Climbing out of Post Traumatic Stress Disorder”